“To voice IDP issues, not to keep silent, is something crucial” ➜ 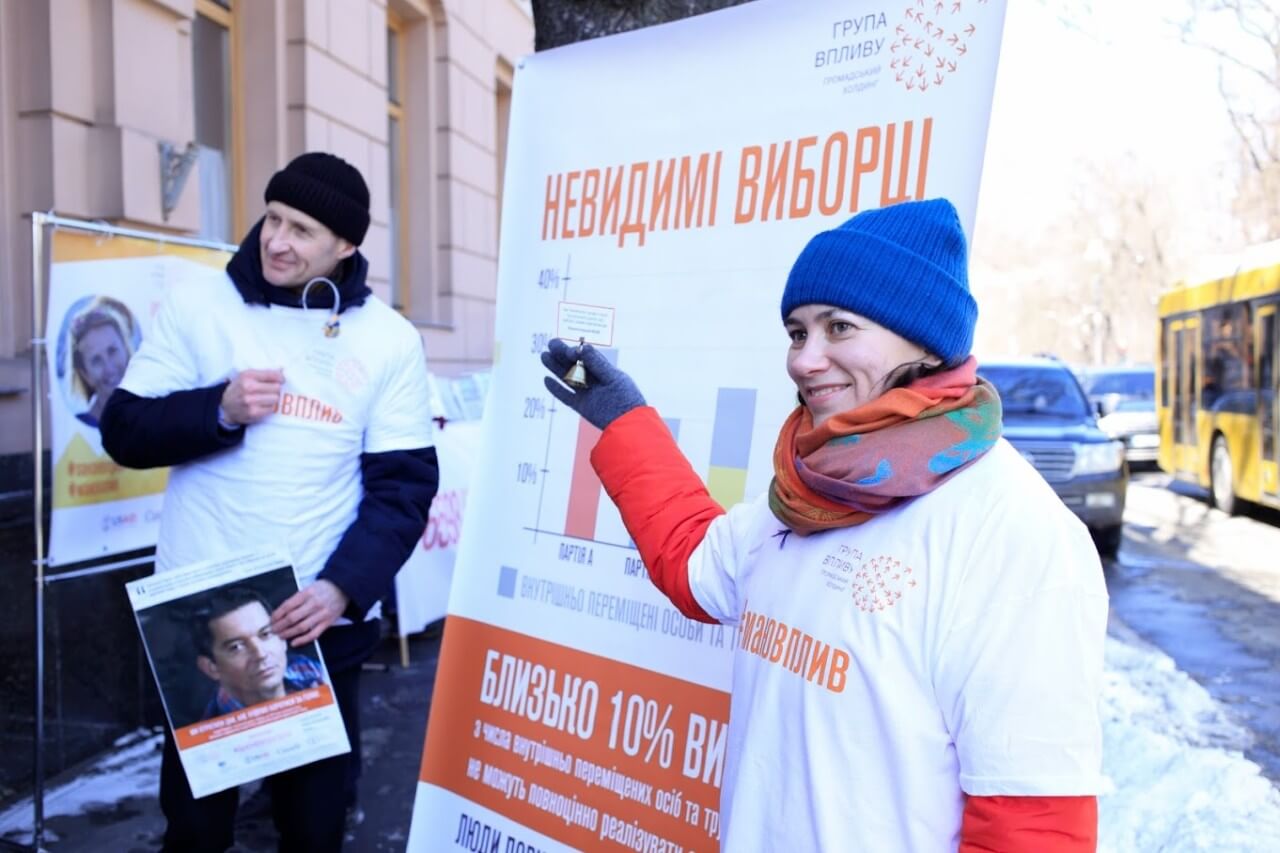 Oct 5,2018
“The first stage in advocacy work is when we raise the issue, pluck it from obscurity or silence,” says Tetiana Durnyeva, GRUPA VPLYVU, civil society organization (CSO). “Our task is not just to bring the attention of decision-makers to the issue but also of those directly affected by infringement.” 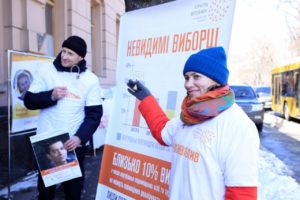 The voting rights of the displaced population from the Eastern Conflict Area have been increasingly on the radar of this civil society organisation for several years now. Tetiana explains that internally displaced persons (IDPs), who make up 4% of voters, won’t be able to vote in local elections and single-mandate constituencies during the forthcoming parliamentary elections. “So, the first secret of an advocacy campaign is this: you need to be personally interested in changing something,” emphasises the CSO leader, who has been involved with advocacy work for 12 years. Forced to leave her native Donetsk, Tetiana decided to channel the organisation’s efforts into resolving the legal contradictions faced by displaced persons and those living in the temporarily occupied territories. “If we are talking about protection of the citizens’ rights and interests, then what is needed is a systemic change. If we want to change the system, it’s important that we act systematically,” adds Tetiana. The only way to resolve the issue of IDP voting rights is through legislative changes: by updating the definition of what constitutes an electoral address. Such changes were proposed in bill No. 6240 of March 27th 2017, drafted by GRUPA VPLYVU jointly with OPORA Civic Network, the International Foundation for Election Systems (IFES), and some other human rights organisations. This is already the second, improved draft of the bill, containing safeguards against possible manipulations, such as frequent changes of electoral address. In addition, for the first time ever, it includes the category of “other mobile citizens within the country”. 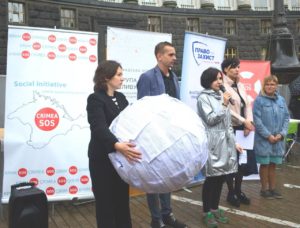 “When we’ve started digging into the issue, we came across the category of people who were completely out of the picture before – that is, Ukrainian citizens living in a place other than the place of their registration. In reality, their number far exceeds the number of IDPs. This category includes migrant workers and people who, for instance, got married and went to live in another region, but are not registered at the new place of residence, because the apartment belongs to their partner’s parents or some other reason, as well as many other circumstances.” The very fact that the bill was registered, and that MPs and international partners are now aware of the issue, so that IDPs are not left to deal with it alone, is a real success, says Tetiana. Advocating for IDP rights, the CSO relies on international standards and practices, in particular, the UN Guiding Principles on Internal Displacement and the Council of Europe’s recommendations. “Although there are no direct restrictions in the national legislation regarding IDP voting rights, de facto an indirect discrimination is there,” Tetiana explains. Along with the right to vote, the IDP right to participate in local self-government decision-making in their host communities is also infringed. Not only this, it contradicts the principles and concepts of decentralisation and the participatory approach. 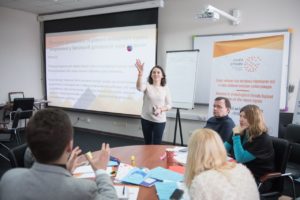 Every day, IDPs contribute to their host communities, for instance, by paying taxes. “Then why don’t we have right to elect the local authorities?” ask the protagonists of the social ad shoot by GRUPA VPLYVU. This video is a part of an information campaign to lobby for the political rights of IDPs and other mobile groups within Ukraine.

To better understand the obstacles to changing an electoral address, Tetiana and her team conducted research among IDPs in 10 regions of Ukraine. In addition to the fact that people often do not have means to buy an apartment and get registered in a new place, they also face some additional issues unknown to other populations. 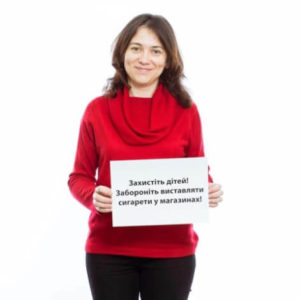 First, there is an increased risk for them when crossing the contact line (entry-exit checkpoints) and the administrative border with the Crimea. Second, there is a risk of losing property; if a resident leaves a flat, for example, in Donetsk, their property could be illegally seized, and they would hardly be able to protect their ownership rights if they have no supporting documents. Finally, participants of the focus groups regularly mentioned that an electoral registration sustains a psychological connection to their abandoned place of residence. “Since it’s really challenging for the IDPs to change their place of registration, we came up with a solution that allows them to change their electoral address without changing the registration. This would allow people to vote at the place of their actual residence.”

“We have our say in shaping national policies”

The organisation has been dealing with several headline-grabbing cases, where they were able to intervene in a timely manner when rights of IDPs and other groups of citizens were infringed. For instance, Tetiana and her team discovered that the verification, both in physical and telephonic forms, of beneficiaries of social benefits, upon the authorities’ request had been performed with violations. It turned out that a private  data collection company received access to the personal data of citizens, including displaced persons and ex-combatants. The organization managed to flag the issue to journalists and the Office of the Ombudsperson for Human Rights, who filed a complaint and got the positive court ruling. 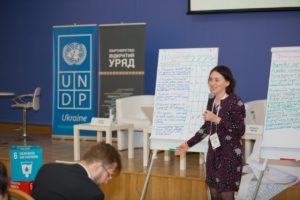 Another example of discrimination mentioned by Tetiana is a case related to the introduction of changes to the Tax Code. Entrepreneurs registered in the temporarily occupied territories of Donetsk and Luhansk oblasts should pay an extra tax of 18 per cent– unlike other entrepreneurs who pay 5 per cent under a simplified system. Tetiana has compiled the best examples of her advocacy campaigns in the book Little Secrets of Big Advocacy Campaigns. Amongst her most well-known initiatives is a campaign to protect pedestrians’ rights and create bicycle lanes in Donetsk, as well as a campaign to facilitate the implementation of a smoking ban law. “Our task is to raise the issue, as well as to prove to people that there is a way to find a solution. Most people just keep silent about their issues. If they were discussed, there might be a solution. By the way, it applies not just to citizen-state relations, but to personal life as well.” The civil society organisation GRUPA VPLYVU is a part of the network of SCO hubs, created with UNDP support under the project “Civil Society for Enhanced Democracy and Human Rights in Ukraine” funded by the Ministry of Foreign Affairs of Denmark. Text: Tanya Kononenko. Photos courtesy of SCO GRUPA VPLYVU UNDP Ukraine