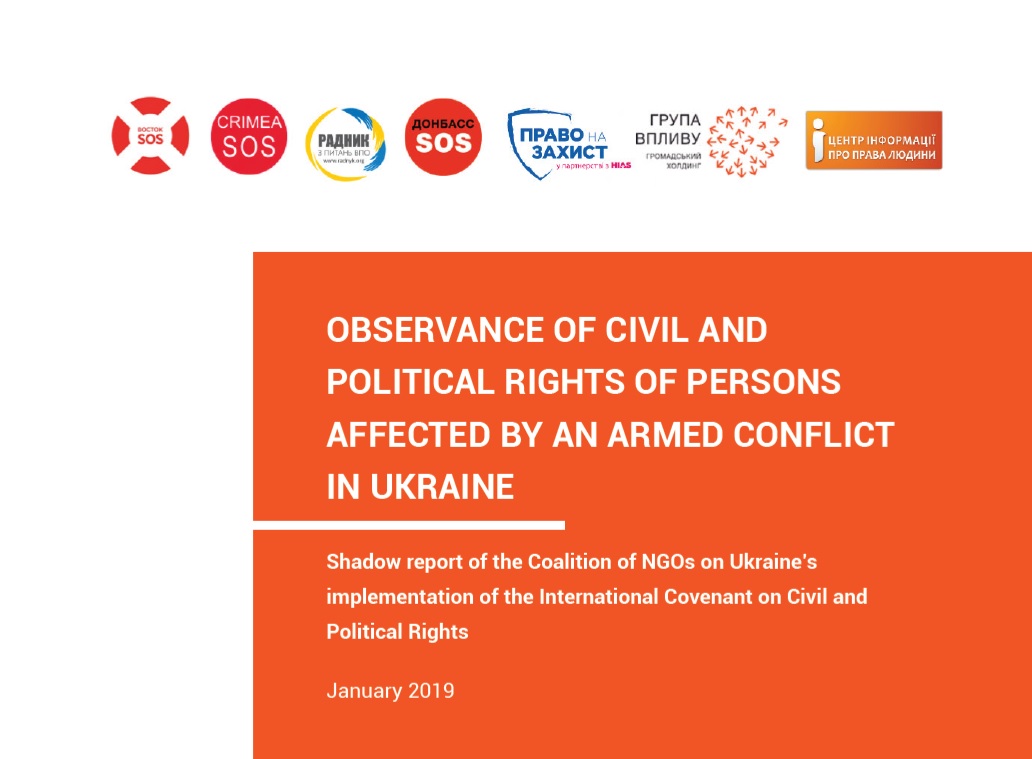 Mar 14,2019
In 2013, the state of Ukraine submitted the Seventh Periodic Report on the implementation of the provisions of the International Covenant on Civil and Political Rights. Having considered this report, the Human Rights Committee issued its Concluding Observations containing a set of recommendations. They concerned improving anti-discrimination legislation, strengthening the Office of the Parliamentary Commissioner for Human Rights (Ombudsperson), combating torture, preventing domestic violence, etc. These recommendations – while remaining quite relevant today – do not feature a critical factor that emerged in 2014 and significantly impacted on the life of the entire Ukrainian society and on the functioning of the Ukrainian state. This critical factor is an international armed conflict. This shadow report focuses on the analysis of numerous violations of the rights of conflictaffected people in Ukraine, namely, internally displaced persons, residents of the TOTs, as well as those who were deprived of their liberty for political reasons on the temporarily occupied territories of Ukraine. The shadow report was drafted by the Coalition of NGOs that deal with the rights of internally displaced persons and the residents of the temporarily occupied territories of Ukraine. The authors of the report have considerable experience in drafting and advocating for legal provisions on the IDP rights protection, participate in working groups under line ministries, provide significant social, information and legal assistance to conflict-affected persons, cover events occurring on the temporarily occupied territories of Ukraine. The Coalition of NGOs: – NGO “Donbas SOS”, – NGO “Crimea SOS”, – CF “Right to Protection” (Pravo na Zakhyst), – CF “Vostok SOS”, – NGO “Group of Influence” (Hrupa Vplyvu), – Programme of advisers on internally displaced persons implemented by the CF “Stabilization Support Services”, – NGO “Human Rights Information Centre”. Download Shadow Report