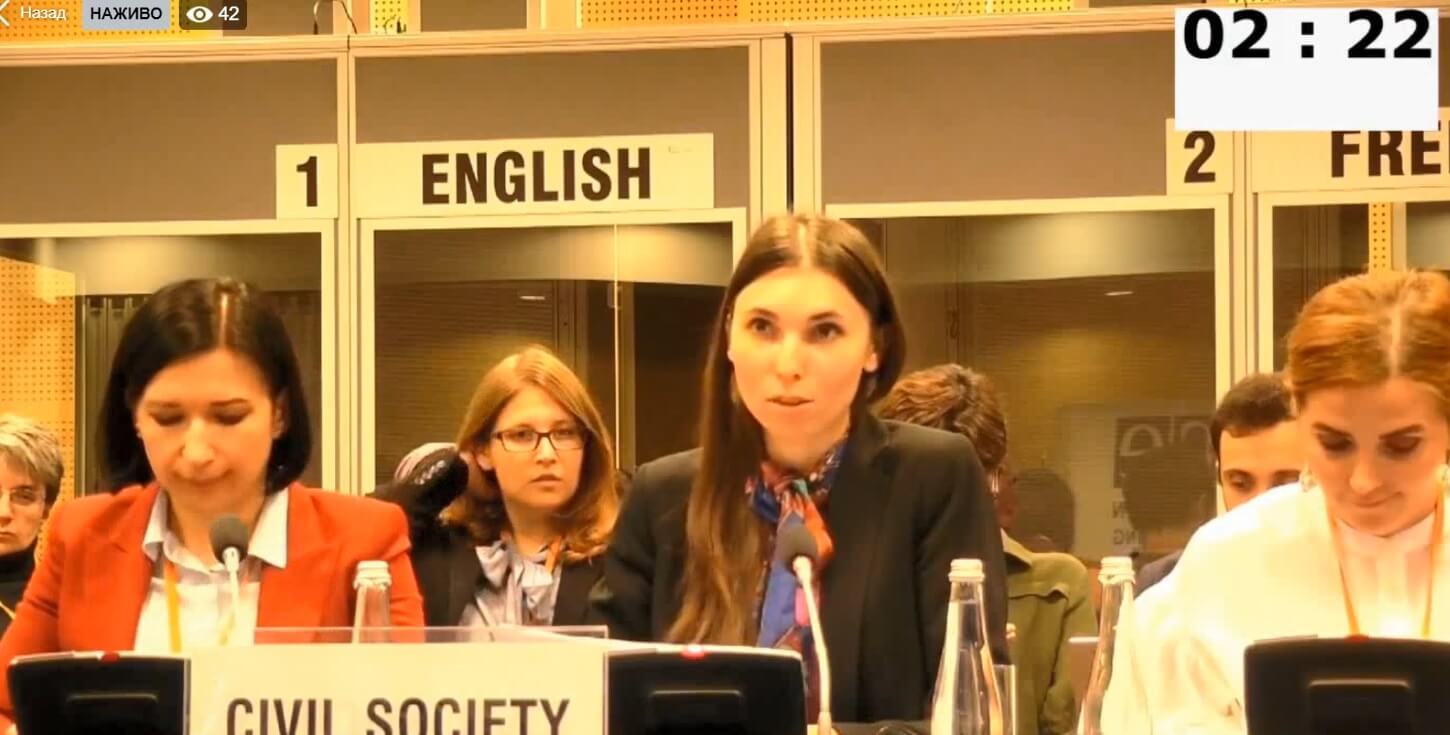 Internally displaced persons have been living in their new communities for up to five years, but the law does not yet consider them members of their communities when it comes to elections. IDPs cannot vote in local elections and are limited to elect half of the Parliament despite the Draft Law No.6240, that ensures this right, was developed in March 2017. Changing of electoral adrdress without changing residents registration is one the key prinsiple of this darft law.

This year, presidential and parliamentary elections were held in Ukraine. Unfortunately, more than 4,5 Ukrainian citizens, who are internally displaced persons and residents of temporarily occupied territories (TOT) of Crimea and Donbass, were not able to participate in the elections because of legislative gaps preventing them from exercising the right to vote. In Ukraine, the electoral address is tied to the registration of the citizen’s place of residence, which in turn often indicates ownership to the property at the address.

Millions of Ukrainians, including IDPs, students and labor migrants do not live at their official registration address. In order to vote in President and Parliament elections at the place of factual residence, citizens must apply to the State Voter Registry and temporary change their voting place without changing their electoral address. The registration is not transferable: for each election a new application is required, even in the case of a two-round election. The presidential election was held over two rounds, thus affected citizens had to undergo this procedure twice within a few weeks. Big cities such as Kiev, Lviv, and Kharkiv have the highest concentration of IDPs and internal labor migrants. In these cities the procedure could take several hours or even days because queues quickly build up at the election register offices. I would like to emphasize that for internally displaced persons, this procedure is the only way they can participate in elections.

During the presidential election, only 76,000 persons or 1% of the total number of IDPs and residents of TOT changed their voting place. Of all Ukrainian citizens who voted in a place different from their official address, IDPs made up every fourth person. Furthermore, this procedure is creating practical barriers for Ukrainian citizens who are residents of the TOT in Crimea and Donbas because it is a requirement that applications must be submitted in person. It is not possible to apply online or in another place than where you want to vote. This means that Ukrainian citizens must cross the contact line twice (there and back): first in order to submit the application and secondly, when they go and vote. This is associated with security risks and hazards, and is also expensive for many.

In the parliamentary elections, the number of IDPs who changed their place of voting decreased by one third, to 47,000 citizens. Moreover, citizens who managed to change the place of voting were only entitled to one of the two ballots: they could elect MPs running on party lists, but could not vote for candidates in the single member constituencies. Thus IDPs could only vote for half of the Parliament.

Internally displaced persons have been living in their new communities for up to five years, but the law does not yet consider them members of their communities when it comes to elections. IDPs cannot vote in local elections. Like any other citizens, IDPs work and pay taxes, and send their children to school or kindergarten in these communities. However, they have no influence over, who get elected city councilor mayor of their town. This hampers their integration in the local community and many IDPs experience a sense of being secondary citizens in their new communities. They should be able to vote in local elections and have a voice in the local democracy. If the legislation is not changed within a few months, the next local elections – currently scheduled for October 2020 – could again pass without participation of some 1.2 million citizens who live in these communities. Most IDPs have come to the decision that they are not going to return to their abandoned homes (according to surveys) and do not want to be treated differently than any other citizen. According to a recent survey among IDPs across Ukraine conducted by the International Foundation for Electoral Systems (IFES), almost half of them (45%) stated that they would prefer to vote for the local representative in the communities where they currently reside. Only 11% would want to vote at the place of origin. In the most recent survey from 2019, a plurality of IDPs say that it is important for them to be able to vote in local elections (15% of respondents consider it very important, and 34% somewhat important). This is a slight increase compared to last year. In 2018, the number was 48% (13% strongly agree that it is important and 35% somewhat agree).

There are also citizens without resident registration among IDPs. IDPs children aging 14 years old receives passport or ID card without residence registration as theirs parents residents registration (property) is located at TOT. Consequently these citizens are not included into the Voting Register and have no right to participate in any elections.

Given the above, we recommend:

– The Parliament of Ukraine should amend the legislation to remove the legal and practical barriers that prevent IDPs and other mobile citizens to be able to register to vote at their factual place of residence based on the procedure elaborated in Draft Law 6240 and the registration should be transferable and not temporary;

– The Ukrainian government should unlink the electoral address of citizens from their place of registration and consider transferring from the current outdated permission based system for residence registration to a system based on the citizen’s declaration of their address as in other modern European states.

Veto of the Electoral Code made by the President of Ukraine in could be a good opportunity to include mechanism protecting electoral rights of IDPs especially in advance of the next local elections.